Start with Better Advice. No obligation. No spam. Just useful advice. Sign up today to get exclusive tips that we don't even post on our blog....for FREE!
twitter

Have you ever been frustrated by the 140 character limit on Twitter?

Whether you’ve tried to share a marketing message for your brand / company or you just wanted to air your opinion about something you care about you’ve most likely felt the constraints of Twitter’s 140 character limit.

Well, say goodbye to those frustrations…

The update, in its early stages of release seems to be a bit polarizing. Some users love it while others have expressed their discontent for the new character limit. Whether you personally like it or not, the update was pushed out for a reason – multiple reasons actually.

Need help understanding how to leverage Twitter for your business? 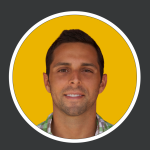 I’ve been working in online marketing since 2000 and have helped thousands of companies improve their online presence and grow their business through better web / mobile design, development and online marketing. Learn more about me or follow me on Twitter, Facebook, Google+ or LinkedIn.